The first new hotel and casino complex built from the ground up on the Las Vegas Strip in almost a decade, Resorts World Las Vegas, has opened its doors.

At 11 p.m. on Thursday, the $4.3 billion complex threw open its doors to welcome its first visitors. The opening of the newest addition to the Strip’s already buzzing skyline was complete with all of the bells and whistles, lights, music, and a lively ambiance that tourists have come to expect from a property of this degree of luxury and splendour.

The glamorous inauguration celebration of Malaysian casino and hotel giant Genting Group’s latest resort created history, but it should be recognized that the complex itself stands on a piece of history. The former Stardust is now home to Resorts World Las Vegas. It was the largest hotel on the Strip when it opened in 1958.

The moment we have all been waiting for…Our doors have officially opened! pic.twitter.com/j1Atvr58xp

Boyd Gaming demolished the original facility in 2007 and announced intentions to rebuild it with one that reflected current cityscapes. Then came the Great Recession, and the project became one of the many poster children for Las Vegas’ full and utter economic devastation in the late 2000s.

Genting purchased the property for $350 million in 2013 and swiftly began construction on the opulent resort, which currently stands about 675 feet above earth.

Luxury Accommodation and an Array of Amenities

The Malaysian hospitality veteran has long touted its newest project as Las Vegas’ “most technologically sophisticated” resort, and expects that technology will be one of the factors that distinguishes Resorts World from its competitors.

Over the last few years, the corporation has formed a flurry of collaborations with internet companies to allow guests to make mobile payments, among other things.

The new complex also features a 5,000-seat music and entertainment arena that can accommodate concerts, conventions, business gatherings, and sporting events. Resorts World will feature a “new wave of superstar entertainment partners,” according to Genting.

Celine Dion, Katy Perry, Luke Bryan, and Carrie Underwood are among the resort’s star-studded resident lineups. The complex has also added the Zouk Nightclub and Ayu Dayclub to its entertainment offering, in conjunction with Singapore-based leisure and entertainment business Zouk Group, with A-list resident DJs Zedd and Tisto due to perform at both venues.

The launch of the new facility appears to be quite fortunate. Almost all Covid-related restrictions were lifted in early June, resulting in a surge in prospective bookings. International travel, on the other hand, is still highly restricted, and this will undoubtedly have an influence on Resorts World’s performance. 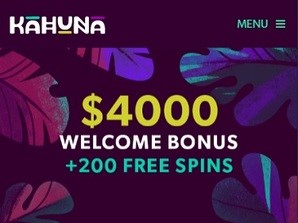